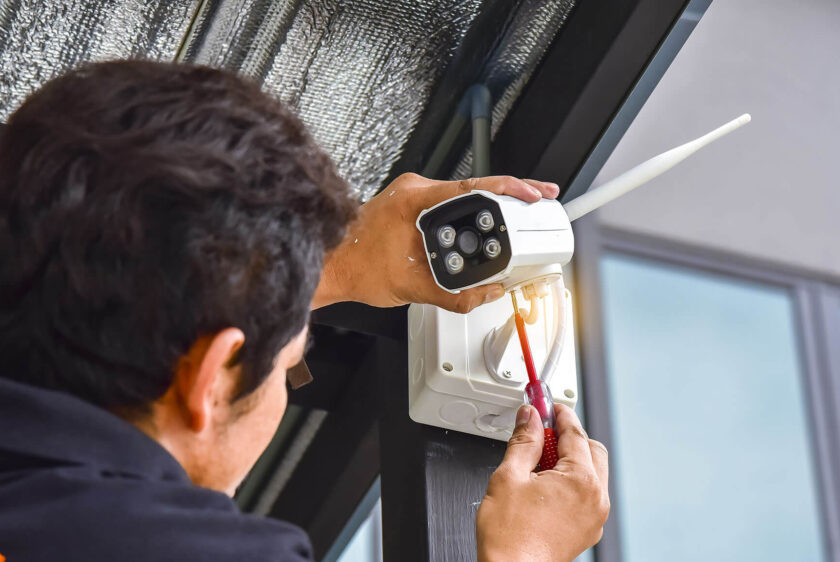 Camera technology has become widely available to the public through various retailers, both online and in brick and mortar stores. You can buy single cameras, or full systems with 16 cameras or more, pre-configured to work with a packaged DVR. Most are of the self-monitored variety, and there are some offering monitoring through paid subscription models such as the Ring Doorbell Camera.

Some of these systems are decent, but they in no way match the capabilities, ruggedness, and quality of professionally installed security systems and cameras. Some of them are not much more than toys.

The more advanced systems, with DVRs, apps and other features are not conducive to easy, simple installation by the average homeowner, despite assurances to the contrary. Most of the off the shelf DVR and camera units require proper setup for detection, email, push notifications to your device(s), and access to the DVR and cameras while outside the home or business wi-fi or local network.

Recently, a new client purchased and set up one of these packaged camera and DVR units for their business. A week after they installed and set it up, they had an incident where items in their lot were stolen and others were damaged. The cameras did not catch any video or imaging of the criminals because the devices were not set up correctly to detect and record events, nor were the cameras placed ideally. The camera system itself lacked the capability to adequately monitor the area because the area was simply too large for low end analog CCTV cameras to be of much use.

We were called in to rectify the situation and we did so by providing the right technology for their application, plus it was set up, installed and tested extensively. We managed to repurpose their recently purchased system to keep an eye on close, less critical areas, as well as set it up correctly for detection and recording.

We’ve gained a number of customers with similar circumstances and have taken steps to remedy their situation. Other customers have had professional CCTV systems installed over the years but technology has advanced so much they’ve chosen to upgrade their systems in order to deter or prevent losses in the future.

As part of our service we will evaluate your locations, any current alarms systems and camera equipment in place, and make recommendations based on your unique situations.We can provide advanced security equipment at affordable prices. Take your security to the next level with Annapolis Valley Alarms.

If you have any questions or need help, feel free to contact our team.
avalleyalarms @outlook.com
902-292-5331
Middleton, Nova Scotia, Canada
Get Directions

Get A Free Quote
Back To Top